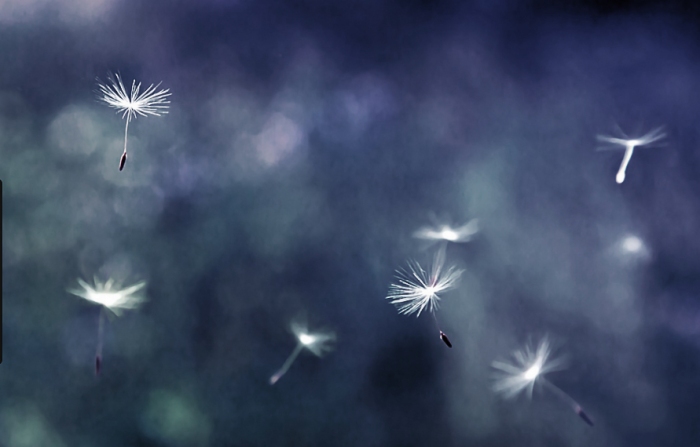 Stabilize the Breath with Equal-Part Breathing

Prolonged anxiety and stress can cause irregular breathing patterns like sighing, yawning, and huffing. As these disruptive habits find their way into our meditation practice, we may discover it very difficult to steady the mind. To reestablish balanced breathing prior to meditation, try the following modified practice of sama vrtti, or equal-part breathing.

In sama vrtti, we produce inhalations that last the same duration as exhalations. To begin, sit up very tall in order to lengthen your torso as much as possible. Take a deep breath in through the nose and exhale, also entirely through the nose. Then start to inhale through the nose as you count up to four, stretching your inhalation all the way to the end of the count at a pace that feels comfortable to you. As you exhale through the nose, count to four again at the same pace, stretching your exhalation all the way to the end. Repeat this cycle several times or for as long as you need until you begin to feel the breath evening out.

Create Space with a Three-Part Breath

I’ve found that the practice of viloma, sometimes described as a three-part breath, can alleviate sensations of restriction in the chest and torso. In viloma, a practitioner alternately deepens and pauses her inhalation for short periods of time, which encourages the chest and rib cage to gradually expand.

To begin, either sit very upright or recline on your back. Take a few deep, even, and steady breaths. Then slowly inhale over a count of three, drawing in your breath so much that the lower abdomen expands. After the third count, hold the breath for two counts. Then, inhale into the lungs and lower chest for another three counts, feeling the rib cage expand outward. Hold the breath for another two counts. Now, inhale for another three counts, filling the very upper region of the chest just below the collarbone. Hold the breath for five counts. Then, over a ten-count exhalation, slowly and evenly release the breath through the nose. Repeat this cycle several more times, continuing at a pace that feels comfortable to you.

Dharma successor in the Chozen-ji lineage of Zen.

The Japanese word for the lower abdomen, hara, is regarded as the center of ki (chi), or vital energy.

“Hara” is the Japanese pronunciation of the Chinese character fu, meaning abdomen. In Chozen-ji, the line of the Rinzai Zen tradition in which I teach, as well as in Japanese culture more generally, the term hara refers specifically to the lower abdomen.

Beyond its location in the body, the hara has a dynamic, functional role in breathing. In chest (or thoracic) breathing, there is maximal engagement of chest and rib cage muscles and minimal engagement of the lower abdominal muscles. If you are breathing like this, your rib cage expands and contracts, and your shoulders move up and down. Diaphragmatic, or abdominal, breathing—now well-known in our culture because of its role in yoga—is often referred to as belly breathing. It engages the lower abdomen, which drives the breath like a bellows. When you breathe this way, your lower abdomen expands on inhalation and contracts on exhalation, with minimal motion in your upper body.

The seminal Western book on hara, Karlfried Graf Dürckheim’s Hara: The Vital Center of Man, reveals the psychological dimensions of hara in the Japanese language. For example, in English we might say that someone has a big heart, meaning they are kind or compassionate. A Japanese equivalent would be to say that person has a “big hara” (hara no oki). In Japanese, saying that a person’s hara “rose” (ga tatsu) implies that they were swept away by anger, as we say in English that someone has lost their head. To say that someone has “accomplished or finished” developing their hara (no dekita hito) conveys that the person is a mature individual. A corollary statement says that one who has not developed their hara is not fit to lead.

When I first heard of these sayings, I assumed that they were metaphoric, much as saying that someone lost their head is metaphoric. However, as I progressed in my Zen training, I realized that they are literal: for example, when someone is swept away by anger, their hara breathing is lost and with that their ability to “settle down.” With one’s development of the physical aspects of hara come profound psychological changes, something I have observed over years of watching my Zen students. As they develop hara physically, they acquire composure, equanimity, and a gravitas that were not there before.

An old Zen saying is “You cannot wash off blood with blood,” meaning that it is difficult to control thoughts with just more thoughts. Another saying that is highly valued in Rinzai Zen in particular is “Enter the mind through body.” These sayings underscore the fact that the keys to the highly valued mental states associated with Zen—particularly the deep concentration of samadhi, in which the delusion of separateness falls away—are physical in nature and physically trainable. As the writer and lay Soto Zen teacher Katsuki Sekida wrote in his guide Zen Training: Methods and Philosophy, “It is the correct observation of the lower abdomen, as we sit and breathe, that enables us to observe the activity of our mind.” In other words, hara breathing is a gateway to samadhi. At first this needs to be done with intention; over time it becomes second nature. One of my teachers used to say that the depth of samadhi is in direct proportion to the quality of hara breathing. In turn, samadhi enables kensho, the “seeing into one’s true nature” that is fundamental to Zen realization. In this way, the depth of one’s Zen meditation experience is tied to the direct connection to one’s breathing.

…one remains focused on the phenomenon of origination with regard to the body (breathing), …and one remains independent, unsustained by (not clinging to) anything in the world.

In the Body of Awakening | Part Three

In the Body of Awakening | Part Two

In the Body of Awakening | Part One

Awaken In The Body

Buddha in the Body

A Life in Harmony with Impermanence